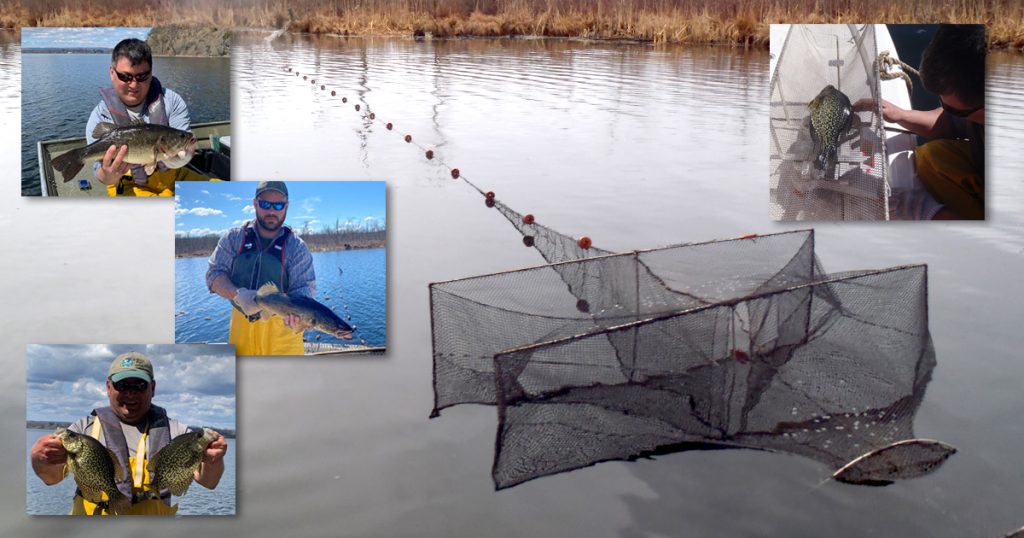 NYS DEC Aquatic biologist Chris Powers commented, “I was very excited to have such a high catch rate; this should be precious data, particularly in regard to black crappie since our existing data on that species was rather limited.”

NYSDEC Fisheries planned on returning to the lake again in late April/early May for another survey.  However, they caught so many fish that there is no need to return this year.  Depending on the ice-out date, they will return to conduct another fish count Spring of 2022. Data collected during these surveys will be used to assess the effectiveness of fisheries regulations currently in place on the lake and to inform future management strategies. 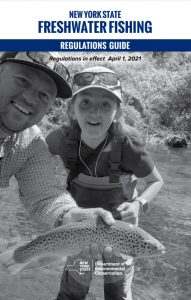 This netting takes a lot of staff and resources from NYSDEC Fisheries and is well worth it as Saratoga Lake is in the top 15 of all lakes in NY State for estimated number of angler days. 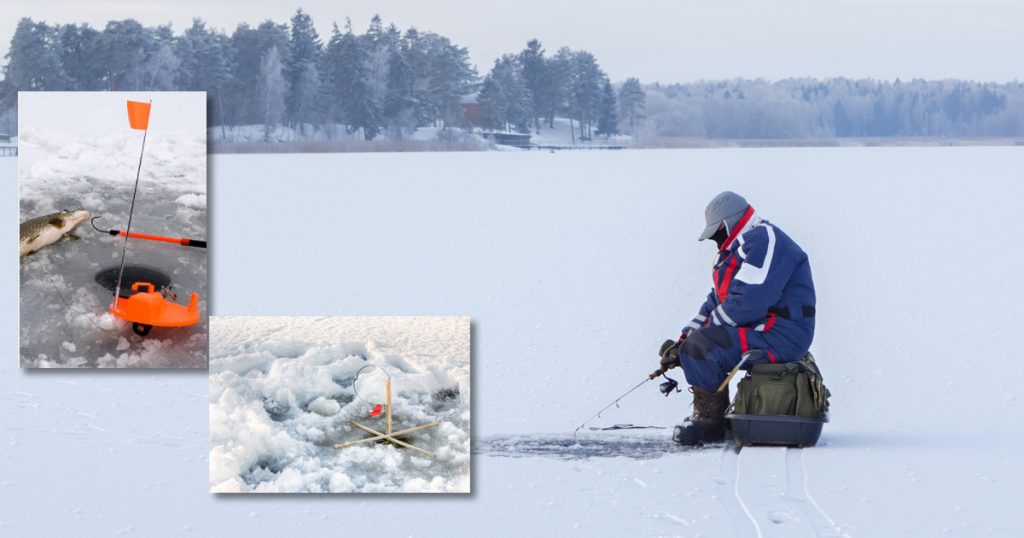 Saratoga lake has begun its winter transition of freezing over.  With Covid-19, many people are looking forward to ice fishing as a new winter hobby.  With the cold weather temps, the  threat of aquatic invasive species (AIS) has not ceased. Just as they do in the summer, AIS can hitch a ride on fishing equipment during the winter. Although we think of winter as a time of dormancy, various plants, animals, and diseases that are considered ecologically dangerous continue to thrive while the snow flies. For instance, cold-tolerant Eurasian watermilfoil and curly-leaf pondweed are considered evergreens because they continue to grow under ice cover. This head start over native aquatic plants, which start growing in the spring, helps make invasive plant species more successful. Furthermore, Eurasian watermilfoil and curly-leaf pondweed can re-root from mere stem fragments; meaning any small part of the plant – which maintain large colonies during the winter – can break off and create a new plant elsewhere. That’s why it is important to check for and remove all plant parts from augers, fishing line, hooks, and anything else that might come in contact with lake water. Be sure to throw away plant parts in the garbage – not back into the water – so they don’t get the chance to spread.

Cleaning ice fishing equipment is also important for removing AIS that are not visible. Spiny water fleas, zebra mussels, all produce microscopic offspring which cannot be seen by the naked eye in their early life stages. Very serious contagious fish diseases like viral hemorrhagic septicemia (VHS) and whirling disease can also be transported from one body of water to another. In addition to cleaning equipment, anglers should never transport live fish or water away from a  water body.

To prevent the spread of AIS while ice fishing, anglers should:

Enjoy and always be safe!

Saratoga Lake is a top-notch fishery in New York State in quality and quantity of fish. Both competitive and recreational fishing opportunities are available.

What fish can be found in Saratoga Lake? 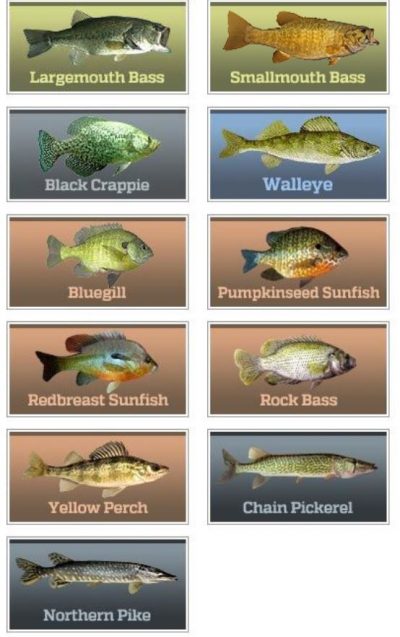 Are there any special fishing restrictions on Saratoga Lake?

Are fish stocked in Saratoga Lake?

Every year about 8.6 million walleye are stocked in the lake.

Is overfishing a problem on Saratoga Lake?

There have been reports of the average size of fish in the lake shrinking by fishermen who have fished in the lake for decades. However, large bass, up to 21 inches and 5 pounds, can still be found in the lake. 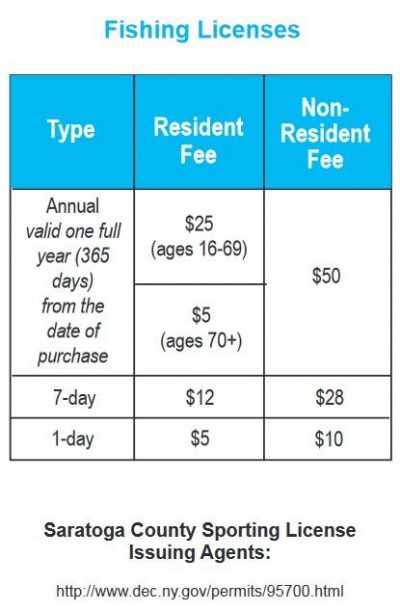 Tips for fishing on Saratoga Lake: